Welcome back to Week 32 in my weekly reports analyzing the Covid-19 pandemic and its effects on the country and higher education. For those of you reading this on my blog, Off the Silk Road, I have also launched a newsletter, where these reports can be sent directly to your email each week. Click here to subscribe.

Last week, we took a closer look into surges throughout the nation and on college campuses. This week, we continue to see dire repercussions of a spike in cases before the Thanksgiving holiday and we will discuss why this holiday will determine our trajectory for months to come.

This week America paused to remember the 250,000 people we have lost to Covid-19. As the country sails past 12 million cases with no peak in sight, we must do all we can to slow the current devastating surge.

Over the past few weeks we have discussed catastrophic rises in cases. According to the COVID Tracking Project, on Friday, the U.S. recorded more than 192,000 cases in one day. It is only a matter of time until we pass the 200,000 mark. While Covid-19 cases are spiking, our attention certainly isn’t, according to an Axios analysis.

As we have seen throughout the past nine months, a rise in cases is followed by a rise in hospitalizations and deaths, both of which are lagging indicators. There are currently more than 83,000 Americans in the hospital, more than any other point since the pandemic began, and the 7-day average for deaths is over 1,400. Nearly a quarter of American hospitals do not have enough staff, and as states began to reimpose restrictions to save their healthcare systems, it will be a few more weeks of agony until we may see any effects. Many states have chosen to impose curfews on restaurants and bars, which make little epidemiological sense as the virus does not suddenly appear after 10 p.m. New York City schools have switched to remote learning on short notice, despite restaurants being open for indoor dining. “The virus has, with ruthless regularity, killed at least 1.5 percent of all Americans diagnosed with COVID-19 over the past four months,” Alexis Madrigal and Whet Moser write in The Atlantic. This means that of the 192,805 cases the U.S. recorded on Friday, it is possible that 2,892 of those will die. “Postponing travel and staying home is the best way to protect yourself and others this year,” the CDC says on Thanksgiving. “Celebrating virtually or with the people you live with is the safest choice this Thanksgiving.” It is clear that despite the pleas of public health experts, many Americans will still travel this Thanksgiving and hold gatherings with significant risk. More than 1 million people flew through U.S. domestic airports on Friday, the second-highest total since the pandemic hit. “After big Thanksgiving dinners, plan small Christmas funerals,” The Mississippi Free Press writes. Our nation’s public health systems are at a breaking point with this new round of infections, many in the Midwest where ICU capacity is already low.

With the national picture laid out for us, let’s take a look at what measures some states and localities are choosing to impose to counteract this surge. Michigan governor Gretchen Whitmer’s new guidelines are an excellent example of targeted restrictions that take high-risk areas for viral spread and curtail these activities, while keeping low-risk options open. Similar policies are being imposed in Philadelphia as well. Closing indoor dining, bars and gyms have been proven to work in other states, as seen from these graphs this past summer.

So I know what you’re thinking. These restrictions worked in the summer, but the fall surge is different. Let’s look at France, which enacted restrictions on October 30. Less stringent than their lockdown in the spring, restaurants, bars and cinemas are closed and movement outside the home is limited, but schools and parks are still open. Two weeks after restrictions were placed, we see a decline in cases. We need more information for a sustained decline, but these early results are promising. Deaths, a lagging indicator, are flatlining and could decline in coming weeks. We can do this too.

This all comes as a New York Times analysis finds that the surge is worse now in places where leaders neglected to keep up forceful virus containment efforts or failed to implement basic measures like mask mandates in the first place.

Finally, some exciting news on vaccines.

“The scientific uncertainty at the heart of Covid-19 vaccines is resolved,” The Atlantic’s Sarah Zhang writes. “Vaccines work. And for that, we can breathe a collective sigh of relief.” With the first doses of vaccines possibly available in December, we know there is light at the end of the tunnel. The next national challenge is to keep Americans alive long enough to see that light. In the presence of a president who refuses to begin the transition of power (with a son who just tested positive), possibly jeopardizing vaccine distribution, and who golfs during a G20 Covid-19 summit, the American public must do all it can to keep our fellow citizens alive this winter. This includes minimizing gatherings this Thanksgiving, as we must assume that the virus is everywhere. Without mitigation, it will ravage through our families and cause even more pain this winter. Thanksgiving apart this year means a Thanksgiving together next year. Zoom is making it easy for families, lifting the 40-minute limit on free Zoom calls on Thanksgiving Day.

This week we remember 23-year-old Jamesha Waddell, a Livingston College student who has died from the coronavirus. Our condolences go out to her family and friends.

Each Friday, I update the College Watchlist, which is currently tracking 144,318 total cases at 96 colleges across the country. At the top of my list of cases in the last 7 days are:

The surge in cases can be attributed to Halloween and an influx in exit testing before students return home for Thanksgiving. I am concerned about high infection rates on campuses, as students will spread the virus to their families over the holiday.

The New York Times is recording over 324,000 cases at its 1,700 schools and reported the highest two-week case increase since it started collecting data in October.

As we approach Thanksgiving and many colleges have provided little guidance for their students to depart safely, we will continue to monitor case counts. College students returning from campuses with high levels of infections should quarantine upon arriving home in order to avoid infecting family members.

“Not even the best-prepared hospital can compensate for an unchecked pandemic,” The Atlantic’s Ed Yong writes. “[The University of Nebraska Medical Center’s] preparations didn’t fail so much as the U.S. created a situation in which hospitals could not possibly succeed.”

With rising cases throughout the nation and deaths creeping up to spring levels, this Thanksgiving will determine our pandemic trajectory for months to come. At the current baseline we cannot sustain any more surges. Many hospitals are already at capacity and it will only get worse.

This Thanksgiving, stay home and tell your friends and family to do so as well. There is light at the end of the tunnel, but we must get through the tunnel first. 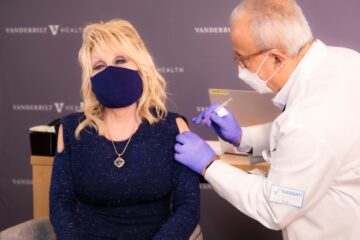 Welcome back to Week 47 in my weekly reports analyzing the Covid-19 pandemic and its effects on the country and higher education in the new Biden-Harris administration. For those of you reading this on my Read more… 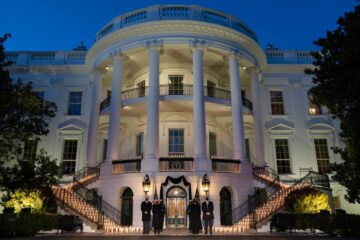 Welcome back to Week 46 in my weekly reports analyzing the Covid-19 pandemic and its effects on the country and higher education in the new Biden-Harris administration. For those of you reading this on my Read more… 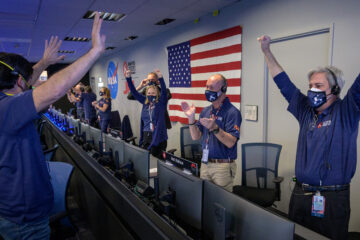 Welcome back to Week 45 in my weekly reports analyzing the Covid-19 pandemic and its effects on the country and higher education in the new Biden-Harris administration. For those of you reading this on my Read more…