Welcome back to Week 33 in my weekly reports analyzing the Covid-19 pandemic and its effects on the country and higher education, and happy Thanksgiving to all. For those of you reading this on my blog, Off the Silk Road, I have also launched a newsletter, where these reports can be sent directly to your email each week. Click here to subscribe.

Last week, we took stock of the national picture before Thanksgiving and discussed ways that college students can best stay safe around their families following their return home. This week, we will discuss what is in store for the country following Thanksgiving and briefly summarise colleges’ results from the fall.

Let’s think about it this way: Since the spring surge (when testing was more limited) this disease has relentlessly killed around 1.8% of confirmed cases, with a 21-day lag. As the COVID Tracking Project’s Peter Walker notes, this means that the average daily death toll in about 3 weeks will get over 3,000 deaths per day, possibly even reaching 4,000 deaths per day. At our current trajectory (and this is excluding the impact of Thanksgiving), we are in for a devastating December.

Reaching record-high hospitalizations could have an impact on the fatality rate; a shortage of nurses and other medical staff may cause more unnecessary deaths. As Stacker’s Betsy Ladyzhets points out, the number of new Covid-19 hospitalizations (a newly released number from HHS) exceeds 10,000 per day. Previously, we knew how many people are currently hospitalized for Covid-19; now we know how many people enter the hospital each day.

The situation is so dire in many hospitals around the country that the Minneapolis Star Tribune’s front page headline last week was “No beds anywhere.”

The virus is accelerating across our country, driven in part by small gatherings with family and friends where masking and social distancing norms are not followed. On average, 4% of the residents in counties across the country have been infected as recorded cases, with some approaching 20%. In Kearny County, KS, 1 in 12 have tested positive in the last 7 days. In Crowley County, CO, that number is 1 in 18.

In the lead-up to Thanksgiving, the TSA saw its highest passenger flows through airports since the start of the pandemic. This large-scale movement of people could undoubtedly cause more infections throughout the country. I find it useful to compare the Thanksgiving travel period to the Lunar New Year travel period in January, which had similar characteristics. One of the most effective policies China imposed during the typically busy Lunar New Year travel period was to waive all train (and many plane) ticket refund/change fees. This policy had two effects:

Instead, the U.S. saw tens of millions of Americans travel in advance of the holiday. While traffic on Thanksgiving day was around ⅓ of what it was last year, TSA data show over 6.5 million travelers were screened in the last 7 days. This mass movement of people could have been curtailed or restricted with effective policy. It was an avoidable tragedy and we did not have the federal foresight to implement a policy as simple as waiving change/refund fees.

Meanwhile, a New York Times survey found that only around 27% of Americans plan to dine with people outside their household, nationally, though this number varied by region. The statistic also may be an underestimate due to the lack of willingness among some Americans to respond truthfully to their Thanksgiving plans.

Testing supply and access has been an issue in this country since March, and parts of rural America still do not have testing sites. This map shows recent Covid-19 hotspots overlaid with testing sites. Many counties in Utah and other Midwestern states have one test site in the whole county. If we are to find a way out of this pandemic, we must lower the barriers to testing, through rapid tests and at-home varieties.

For the next few weeks, the country will wait to see the effects of the Thanksgiving surge. As editors at the COVID Tracking Project write, case counts will fluctuate in the coming days as states catch up from the holiday. Cases from Thanksgiving may appear next week or the week after, with hospitalizations and deaths to follow. Even without the Thanksgiving surge, the national picture is grim: ¼ of all Covid-19 cases have occurred in the last month, the CDC projects 321,000 deaths by December 19, and in nine states at least 1 in 1,000 people have died of coronavirus-linked causes.

Finally, some news on vaccines, some of which are on the horizon.

As we look ahead to the future, getting through the winter is not the country’s only challenge. Baylor College of Medicine’s Dr. Peter Hotez writes about five main steps the Biden-Harris administration can take on the first day of office:

We must remember we are all in this together, and we must use all our individual and governmental tools to suppress the virus as we enter the winter. A piecemeal approach simply will not work.

Each Friday, I update the College Watchlist, which is currently tracking 150,054 total cases at 96 colleges across the country. At the top of my list of cases in the last 7 days are:

We had a paradox of reporting this week — many schools did not report due to the holiday, while others reported more cases than usual due to high cases found in exit testing. Here are the graphs for the sum and average of weekly cases throughout the semester.

Throughout the summer and fall, we have been comparing cases on college campuses and the national picture to determine possible directions of transmission. We can see that cases spiked in colleges in September, and this new “wave” took around 1 week to reach campuses. Additionally, we may never know the impact of college students dispersing for Thanksgiving as the data are not sophisticated enough to track college students returning home. “Do I know how big it’s going to be?” Yale professor Dr. David Paltiel told The Chronicle of Higher Education’s Francie Diep about the effects of college students returning home for Thanksgiving. “I don’t know, but I do know that it has some of the classic earmarks of superspreading.”

In the coming weeks, I will be providing more analysis into colleges’ results from the fall, as well as guidance for colleges in the spring.

Let’s roll the clips of the good stuff. In my usual tradition, I feature my favorite stories from the week. Here are my Top 12.

As we continue into the winter, America’s trajectory follows the worst of models. We will begin to see the results of an undeniable Thanksgiving surge, which will only exacerbate hospital capacity and cause more unnecessary deaths. With a vaccine on the horizon (possibly in a number of weeks), we must do all we can to protect our fellow citizens. It is likely that December will be the darkest month of the pandemic yet. 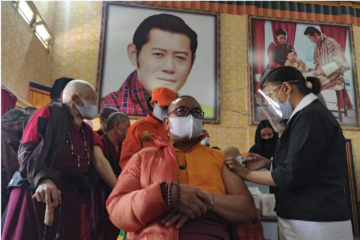 Welcome back to Week 53 in my weekly reports analyzing the Covid-19 pandemic and its effects on the country and higher education. For those of you reading this on my blog, Off the Silk Road, Read more… 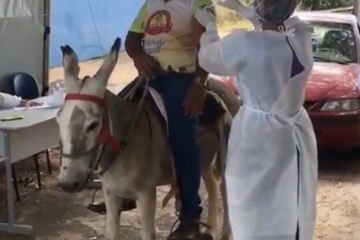 Welcome back to Week 52 in my weekly reports analyzing the Covid-19 pandemic and its effects on the country and higher education. For those of you reading this on my blog, Off the Silk Road, Read more… 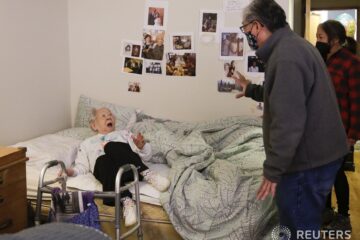 Welcome back to Week 51 in my weekly reports analyzing the Covid-19 pandemic and its effects on the country and higher education in the Biden-Harris administration, and Happy Easter to all. For those of you Read more…