Ines Brunn: A Journey from Berlin to Beijing through Language, Business, and Bicycles

(Sorry about the last post, this one should have text)

Today we went to visit Ines Brunn’s bike shop Natooke. Brunn (a German native) worked for a telecommunications company, and was transferred in the early 2000s. Working in Beijing inspired her to eventually start selling fixed gear bicycles. While living in Beijing, Brunn noticed that bicycles were regarded as the “poor man’s vehicle” by many locals. She started selling bicycles to make the Beijing bicycle scene “cool” again.

The name of her shop Natooke is the product of a gathering where Brunn invited her friends for dinner when she was living in Beijing. She wanted to start a shop featuring bicycles and juggling, so many of her German and Italian friends suggested names related to this. On the way out, her friends from Africa were asked by Brunn for a name suggestion. When they were unsure, Brunn quickly said “What’s your favorite dish from home?” and they responded “Natooke,” hence the name of the shop.

Brunn’s shop Natooke features different bicycle parts, since all her bicycles are custom made. A customer can simply choose different bicycle parts, and Brunn and her team will build a bicycle. One worker can build a bicycle in about 5 hours (assuming that they are the only one building the bike). Obviously, if a worker is working on the wheels (which take about 1 hour each) and another worker is building the frame, the building time will be shorter. When her business first opened, her office, showroom and workshop were all located in the same building, situated in one of Beijing’s many Hutongs. Now, her workshop is located about a block and a half away. Once the bicycles are finished, they are transported by truck to the showroom.

Brunn came to China knowing no Chinese, and now she is trilingual (German, English and Chinese). She only had 8 lessons, and was too busy traveling (when she was working for the telecommunications company) to fully commit and improve her Chinese. However, she says that living in Beijing was a great advantage for her, because she was able to listen and pick up spoken Chinese. According to Brunn, knowing how to write Chinese characters (even though it is and art form) is no longer useful due to China’s transition to the modern and technologically advanced world. She writes Chinese text messages and emails, so character recognition is an important skill to have, as one can recognize and read the characters. Brunn says that speaking and listening Chinese is extremely important, especially while in the Native country of China. “Interacting with the local people is a great way to improve your comprehension and accent”, advises Brunn.

Our group thoroughly enjoyed visiting Ines Brunn’s shope Natooke, and one member was even thinking about shipping a bicycle back home!

To learn more about Ines Brunn, watch this video where she was featured on China Daily’s Laowai Not. This video series focuses on expats who become fluent in Chinese and use the language to open their own enterprises. 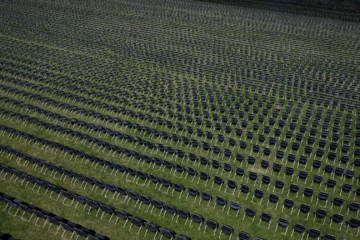 Welcome back to Week 32 in my weekly reports analyzing the Covid-19 pandemic and its effects on the country and higher education. For those of you reading this on my blog, Off the Silk Road, Read more… 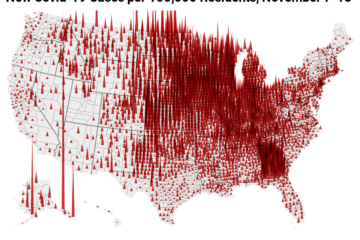 We begin this week’s update with our condolences to the family and friends of longtime Jeopardy! Host Alex Trebek, who passed away a week ago. Throughout his 37 years of hosting the show, he has Read more… 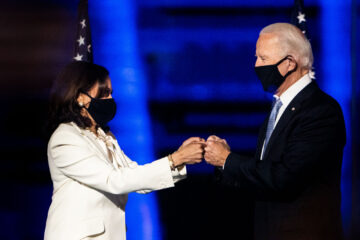 Where We Stand with Covid-19 — November 6

The American people have spoken, and democracy has won. After four grueling days of tabulating ballots, Joseph R. Biden Jr. and Kamala Devi Harris have been elected the next President and Vice President of the Read more…